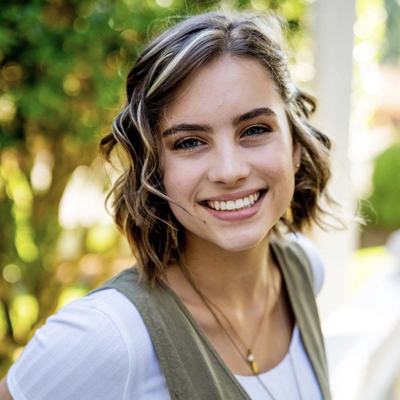 Ep 140: How to get millions of followers on TikTok with Maggie Thurmon

While we usually interview the most successful of the old guard, today we speak with young mover and shaker Maggie Thurmon about how she gained three million TikTok followers and over 100 million likes in only one year.

We open our conversation by exploring Maggie’s start on TikTok and the early content goals she set for her channel. From concept creation to making the post, Maggie unpacks her process and provides insight into TikTok’s technical details.

After highlighting the massive amount of work that can go into a 60-second video, we discuss how Maggie connects with her audience through sincerity, capturing her relationship with her family, and by her focus on only posting positive content.

We then touch on her approach to her product before diving into how she monetizes TikTok. She shares specifics on aligning with sponsoring brands and the earning potential of being a TikTok influencer.

Later, she opens up about dealing with trolls and why experiencing hateful feedback is a part of being an online personality. Maggie has built a TikTok empire.

Tune in to hear more about how she did it.

“We’ve gotten our performance down in one take before — but sometimes we need 100 takes trying to get something perfect.” — Maggie Thurmon [0:08:05]

“I’ve always strived for my TikTok to be genuinely me. And a huge part of my life is my family. That shows through and my audience appreciates that.” — Maggie Thurmon [0:14:44]

“My goal on TikTok has been to avoid negativity and post content that makes people smile. I want to make a positive impact.” — Maggie Thurmon [0:17:47]

“You’re not going to get along with everyone who you meet. And you meet a lot more people on TikTok than in real life. It’s okay if people don’t like you.” — Maggie Thurmon [0:30:08]